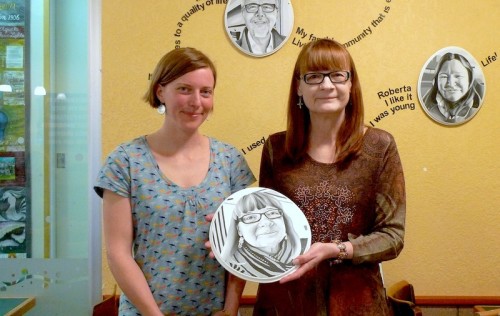 As part of the Creative City Center’s ‘Pop Up Downtown’ exhibition held in Regina in 2014, I created a body of work entitled ‘Engaging the Public with Portraiture’. This was a site-specific project involving six artists. I really valued the Creative City Centre’s intention of making art publicly available by exhibiting in shop fronts around the City Centre. So I decided to expand this theme and make my project about the public themselves. I had already experienced the frustrations of browsing gallery walls, completely ignorant of the meaning (if any) of the work I was looking at. Only after I had studied art history did the art world open into a vesta of historical contexts, social interpretations, bold and shocking revelations and much more. I wanted this exhibition to be one that the public could read, contemplate and engage with, without feeling that they had to read a large pamphlet all about it.

I stopped people in the street and asked them two questions; What do You Love? Why is Art Important? I noted their answers and photographed them, amazed at how open and willing people were to engage. I decided to paint their faces on oval board as it reminded me of traditional miniature portraits that people would keep in lockets around their necks, very personal and exquisite.

A huge thank you to Gilmour’s Corner Cafe, Downtown Regina for the space. The show was up from July to August, 2014. 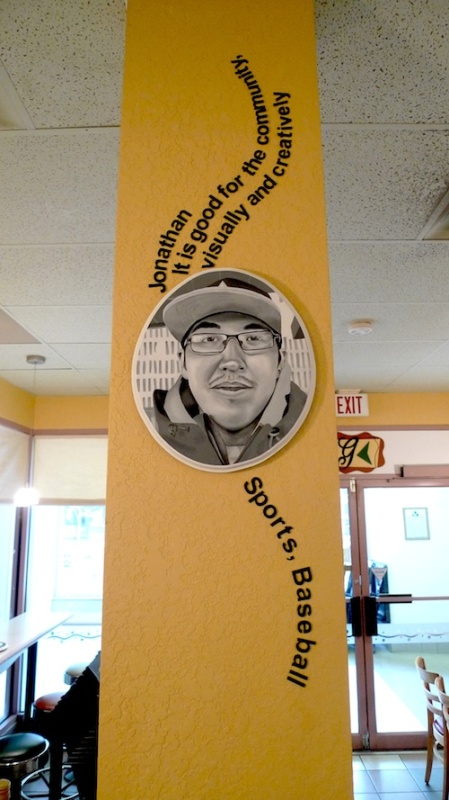 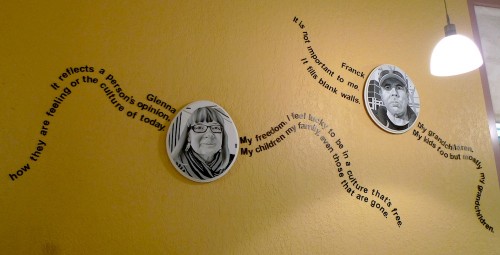